What Is Breed Specific Legislation?

It is a law or laws that ban or severely restrict the ownership of a particular breed. These laws declare an entire breed “dangerous or vicious” based on the actions of a few members of the breed. Breed specific laws are often a knee-jerk reaction from politicians who want to say they are “doing something” to stop dog bite incidences and fatalities. These changes in laws tend to happen after a highly publicized dog attack takes place. These highly publicized attacks bring about a “perceived” need for more stringent laws governing the restraint of dogs. We all want to prevent dog attacks, however, breed specific laws have proven to be ineffective in the reduction of dog bite incidents. Breed specific laws do not protect communities from fatal dog attacks and/or dog bite injuries.

Furthermore, breed specific laws target and punish all dogs, and the owners, of a particular breed (the guilty ones as well as the innocent). Well behaved dogs of that particular breed are seen, classified, and treated the same as the dogs that have in fact bitten or attacked individuals. Deeds, not breeds, should determine whether a dog is dangerous. Why should a well-behaved American Pit Bull Terrier, and its owner, be punished for the irresponsible actions of somebody else who simply happens to own the same breed? Laws need to hold individuals accountable for their own actions. Law abiding citizens should not be punished for the reckless or irresponsible actions of others. Breed Specific Legislation solves nothing..

There are also Breed Specific Restriction Laws: These laws may require that an owner of a targeted breed do any of the following or more, depending on how the law is written:

Who identifies breeds for BSL?

To know whether BSL affects any particular dog, breed determination is usually made by an animal control officer or a veterinarian (depending on how the law is written). However, contrary to popular assumption, veterinarians and animal control officers—despite handling many dogs for a living—are not trained in breed identification. For the most part, they are no better than average citizens at breed identification.

Unfortunately, these checklists consist almost entirely of subjective characteristics. Using descriptive—but unmeasurable and nonscientific—words like “medium length,” “broad,” “high,” and “strong,” the checklists ask their users to draw personal conclusions about whether a particular dog matches each item.

To make things more confusing, a dog that doesn’t really meet any single breed standard may be categorized as a type of dog rather than a specific breed. Dogs may be identified as terriers, pit bulls, shepherds, or retrievers; none of these are actual breed names, and the breeds that really do make up these categories come in a startling variety of shapes, sizes, and colors. There’s a huge difference between an Airedale Terrier and a Jack Russell Terrier, so what does a “terrier mix” describe?

BSL is an ethical failure. BSL is a public safety failure.

What alternatives are there to BSL?

Stronger dog laws and an emphasis on abuse prevention are the best alternatives. The only way to properly combat BSL is to offer better alternatives that will tackle the real problems of dog bites and attacks head on. Below are a few proposed alternatives to Breed Specific Legislation (BSL): 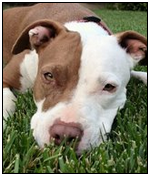 BSL will soon be a thing of the past: BSL defenders have a powerful ally and motivator on their side: fear. It’s their only ally, but it works. To fight the spread of BSL, vigilance and intelligent action are necessary. Laws are being proposed every day that are intended to take away our rights to own particular dogs for no reason other than their breed – the way they look, the hype that surrounds them.  BSL is the politician’s inadequate and uneducated band-aid solution to address the gushing “wound” of irresponsible ownership and lack of personal accountability. The fight against BSL will take unwavering commitment and unconditional dedication. Here are some steps on how to take action against Breed Specific Legislation:

Monitor Legislation: Usually, the earliest hint of BSL comes from a newspaper article about a serious dog attack or dog-related death, especially if a commonly-targeted breed or type of dog is involved. This is typically followed by Letters to the Editor or editorial columns proposing a breed ban. From there, BSL discussions are put on the city council agenda. Occasionally, BSL is introduced at the start of a state legislative session. This may or may not make the news. To watch for potential BSL, you can monitor:

Contact Your Lawmakers: This depends on who is proposing BSL. If your city council is proposing BSL, then you would contact your city council members. If a state legislator is proposing BSL, then you would contact your state representatives (in your state’s House and Senate). Most towns, cities, and counties have websites that list the local lawmakers’ contact information. You may be asking yourself “Should I contact all of the officials in the legislature, or just my elected officials?” At the state level, most officials are so swamped with their own constituents’ correspondence that they are not likely to listen to anyone outside of their district. Definitely contact your elected officials. If the bill is being considered by a committee (this usually occurs after a bill has just been proposed), you can contact the officials who are on the committee to encourage/discourage them from approving it. It is only after the bill is approved by a committee that it makes its way to the House or Senate floor for a vote. It is important to contact the lawmakers who will serve a role in the decision of enacting BSL or not. Be sure to communicate your concerns and voice your opinion when communicating with these political officials.

Write Letters. In order to create change, you must first influence change. Writing letters to political officials is the first step to fighting BSL. The key is to be brief and to the point. The first sentence in your letter or speech should tell the elected officials what you would like for them to do  (or not do). State your position. The rest is up to you, but you probably should not exceed one page of text (for a speech, follow the time limit set by forum rules). Please do not use form letters and do not copy model letters. Officials absolutely hate it when they get a bunch of letters that sound the same. They may attribute form letters to radical groups and lobbyists, not to concerned individuals. The key is quality, not quantity. Use your own words and your own arguments, even if you think you aren’t a very good writer. As long as you manage to hit on a couple of important points, you’ve done more good by writing a personal letter than by sending a form letter.Always remain polite, calm, and informative. Do not threaten or insult. Remember that you are a direct representation of all the other individuals against BSL, including the dogs that are targeted by this law. Click here for some helpful tips on writing your letter.
Remember: If we do not stand UNITED, we will inevitably FALL.
Stand up AGAINST Breed Specific Legislation. End the HATE today.